Time is one of the biggest mysteries of science but also one of the fundamental aspects of our reality. It’s nature has been discussed for centuries, from Aristotle to Newton to Einstein, we’ve sought answers but only found more questions as we’ve peeled back it’s layers. There is no fixed ‘now’, every point in space has it’s own flow of time. Does time even exist? How much of what we feel is simply our brain attempting to make sense of the world? Join us as we uncover it’s secrets.

Listen to the episode

Please leave a review on one of the networks above as it’s how we grow and why not say hi on Twitter, Instagram, Facebook or email? We’d love to heard from you.

Time. Is it something that flows or is it a side effect of some other process?

If you were able to experience the universe at the Planck scale time would have no direction - forward, backwards - it makes no difference. In fact, calculations at this scale don’t even include time. If there is no time at the smallest scale why do we feel it passing?

Artwork
The artwork for this episode was created using Midjourney.

Music: ‘When is the future’
The intro and outro music in courtesy of VNV Nation. Written and produced by Ronan Harris Published by Schubert Music Publishing Taken from the VNV Nation album ‘Noire’ 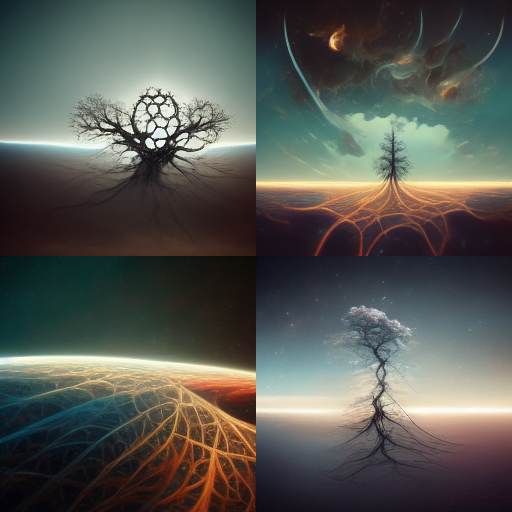 Entropy is the measure of change from order to chaos. The second law of thermodynamics says it must always increase. This increase is what we see as time.

But there is no one fixed time. Instead every point, every place has it’s own local time effected by gravity and motion.

The Order of Time, Carlo Rovelli
What is time?
28 Fascinating Facts About Time
The brain timewise: how timing shapes and supports brain function
Your Brain Is a Time Machine: Why we need to talk about time
The Structure of Time
What we get wrong about time

The way we view and feel time is shaped by our culture. Most westerners will feel the future is in front of them but that’s not the case for everyone. Our perception of time varies greatly.

Albert Einstein (he probably never said this as it’s not a direct quote!)

The future is behind you

The Aymara speakers of the Andes see the future as entering the back of their heads. The future is unknown, unseen, the past has been seen so is in front.

All languages using spatial metaphors for time and variations show there isn’t an intrinsic ‘direction’ or perception of time formed by the brain. Society and culture shapes our understanding.

How We Make Sense of Time
These People Have a Mind-Bending Way to Navigate
Pressed for time perception
Zeno’s paradoxes
How your Brain Experiences Time
Time and Culture
Why does time go so fast when you’re asleep?
Time Perception: 10 Ways Our Minds Warp Time
The Man Who Mistook His Wife for a Hat, Oliver Sacks
How a small change to U.S. quarters is part of a big trend in logo design

Listen to the episode

Please leave a review on one of the networks above as it’s how we grow and why not say hi on Twitter, Instagram, Facebook or email? We’d love to heard from you.

This transcript is automatically generated so may contain errors.